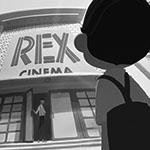 As a leading presenter of Israeli films in America, the Marlene Meyerson JCC Manhattan has been a pioneer in bringing groundbreaking films from Israel to US audiences. Home to the Other Israel Film Festival, which began in 2006, and the Israel Film Center Festival, which started in 2012, the center also established the Israel Film Center Stream, the most comprehensive site for viewing Israeli films and television from home. In all, the JCC has presented hundreds of films and television shows from Israel.

Under the leadership of Isaac Zablocki, director of The Carole Zabar Center for Film, the JCC has evolved from solely bringing these films to the US to working with filmmakers to help get them made. Since 2008, the Other Israel Film Fund has supported films relating to the themes of the festival, with the goal of encouraging the making of films about minority populations in Israel. This past year, backed by a giving circle made up of JCC donors and other members of the community, the Israel Center Film Fund was launched. To date, it has raised more than $165,000 to help Israeli filmmakers bring quality productions to life.

Most Israeli films rely on government resources for funding, explains Zablocki. “We heard from filmmakers that they weren’t getting enough resources, and that there were political reasons their films were not getting made. By helping filmmakers fund their films, we are providing them with true artistic freedom and aiding in the expansion of voices and reach of Israeli films.” Money raised through the Israel Film Center Fund allows the Israeli film industry to raise the quality of films and discover new audiences. “We’ve been supporting Israeli films in so many ways, and have our ear to the ground of the Israeli film industry in general,” says Zablocki. Tony Felzen, a member of the Fund’s giving circle, has always been a fan of film. He has traveled from his home downtown to attend films at the JCC because “it has some of the best offerings, especially in terms of Israeli films. The film festivals are really special because no one is offering that kind of slate of voices.”

He continues: “I like that we’re supporting Israeli films that are not the obvious choices, and there’s no place outside of Israel that’s a better place for these films.”

The new fund supported four films in 2020: Til Kingdom Come, by Maya Zinshtein, soon to have its US theatrical release; the much-anticipated Let There Be Morning, by Eran Kolirin (who also wrote and directed the highly acclaimed The Band’s Visit); Blue Box, by Michal Weits; and Shoshana—All the Queen’s Men, by Kobi Farag and Morris Ben-Mayor. With COVID-19 curtailing the entertainment industry, as well as many others, most of the films are not yet out.

The JCC’s Other Israel Film Fund has helped multiple projects with funds for over a decade. In 2020, it supported the award-winning Cinema Rex, by Eliran Peled; What If? Ehud Barak on War and Peace, by Ran Tal; Cinema Sabaya, by Orit Fouks Rotem; Archive Fever, by Karnit Mandel; and a film about Amos Oz by Yair Qedar. Cinema Rex, the first animated film supported by this fund, was included in this year’s Other Israel Film Festival.

Typically, Israel filmmakers produce several hundred films a year. Just about 10 percent are seen outside Israel. The Israel Film Center Fund is interested in supporting high-quality cinema that promotes diversity and potentially has relevance for American and international audiences. “We’re continuing to grow the community of funders supporting these kinds of films,” says Zablocki. “Our hope with the new fund as we enter year two is to increase the number of donors, and the films we can help bring to the public.”

In recent years, Israeli productions have had more exposure in the US due to their presence on popular streaming services, and an increase in the number of Jewish film festivals. "Film is Israel's most impactful and far reaching export,” says Zablocki. “This is Israel’s greatest business card.”