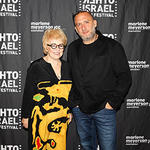 16th Annual Other Israel Film Festival Opens at the JCC

"We are excited to re-engage with our audiences and host these timely conversations, with hopes of activating people and changing perceptions."

Last week, the 16th annual Other Israel Film Festival kicked off to a sold-out crowd at the Marlene Meyerson JCC Manhattan, with an opening selection of Alon Schwarz's Tantura. The weeklong festival highlights top cinema from Israel and Palestine and provides an internationally recognized platform for meaningful discussion on the past, present, and future of the region.

Other Israel, one of four annual film festivals at the JCC, has a double meaning. The name of the festival focuses on minority populations in Israel, who have been marginalized and “othered,” but it also reflects the  dream of change and hope for “an other Israel.” The festival aims to give audiences new perspectives and a deeper understanding of Israeli and Palestinian societies. 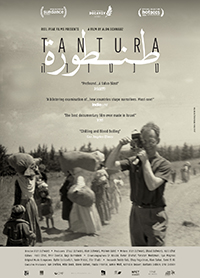 Thursday's opening night screening of Tantura was followed by a Q&A between Schwarz, the film’s director, and Isaac Zablocki, executive director of the festival, and senior director of film programs at the JCC. “The audience was possibly even more engaged with the Q&A than the film. There were spontaneous eruptions of applause throughout,” notes Zablocki. “Tantura is not an easy film, and it follows a really devastating topic of a potential massacre. Still, audience members expressed their gratitude for bringing this film and sharing the film with our community.”

International filmmakers from all 14 feature films will attend the festival in person, and all will participate in conversations after each in-person screening. Highlights of the line-up include the  East Coast premiere of Ran Tal’s 1341 Frames of Love and War, about renowned Israeli war photographer Micha Bar-Am; the North American premiere of Orit Ofit Ronell’s Razzouk Tattoo, highlighting the 500 year old Christian tattoo parlor in Jerusalem; Ido Glass and Yoav Kleinman’s Dead Sea Guardians, about the joint effort to save the Dead Sea; and Assaf Banitt and Shay Hazkani’s documentary on army censorship and data collection, The Soldier’s Opinion. The Other Israel Film Festival runs November 3–10 in-person at the JCC, and through November 13 in a special extension for online streaming..

The festival becomes even more relevant this year, given the timing overlap with Israel’s election. “What was clear, that while the liberal voices in Israel received a huge blow in this week's elections, the community for change on this side of the pond is strong and vibrant,” shares Zablocki. “We will continue celebrating those fighting for a more ethical Israel through films and conversations all week.”

“These films give us a deeper look into Palestinian life and other minorities in Israel,” shares Carole Zabar, founder of the Other Israel Film Festival. “We are excited to re-engage with our audiences and host these timely conversations, with hopes of activating people and changing perceptions.”

Festival-goers will have an opportunity to screen Orit Fouks Rotem’s Cinema Sabaya, Israel’s official selection for consideration for the 2023 Best International Feature Film at the Academy Awards. An encore from the 2021 Other Israel Film Festival lineup, and winner of four Ophir Awards (the Israeli Academy Awards), Cinema Sabaya follows nine women, Arab and Jewish, who take part in a video workshop to learn how to document their lives.

The JCC’s film department has expertise in supporting and programming films that have gone on to win major awards, including Era Kolirin’s Let It Be Morning, part of last year’s festival line-up, which won the seven 2021 Ophir Awards, including Best Film, and was then selected as the Israeli entry for the 2022 Academy Awards.

Zablocki hopes audiences who attend the festival in-person or stream the films online take away a feeling of hope: “Hope that Israel can change and that those seeking peace with our neighbors and creating a country that truly represents our Jewish values is possible. We see the American Jewish voice rising up to make that change.”

The schedule of upcoming screenings includes:

Visit otherisrael.org for the full line-up, Q&A schedule, and more.

Sign up for the film newsletter to stay up-to-date on all film happenings at the JCC. Beyond the Other Israel Film Festival, the JCC programs weekly film screenings year round, as well as festivals including Cinematters: NY Social Justice Film Festival, the Israel Film Center Festival, and ReelAbilities Film Festival: New York. Film season passes are available for purchase online, and for more information on year-round film programming at The Carole Zabar Center for Film, visit mmjccm.org/film.

Story Editor: Lauren Magy. Lauren is the Director of Public Relations + Community Engagement at the MMJCCM. She has worked at theater and cultural institutions in DC and NY for the past decade.