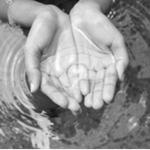 From its earliest days, the Marlene Meyerson JCC Manhattan has been dedicated to innovating in the Jewish space. One way it does this is by presenting rituals and traditions to the community it serves in new and inspiring ways.

ImmerseNYC was founded by Rabbi Sara Luria in 2012 with a similar goal. It was modeled on Mayyim Hayyim, a pluralistic, inclusive community mikveh established in Newton, Mass., in 2004, and where Luria served as an intern while in rabbinical school. "I found it to be one of the deepest, most authentic, beautiful places I’d ever experienced," she says. If it could be done in Boston, she thought, why not New York? Several months after Luria met with community stakeholders, ImmerseNYC’s first volunteer mikveh guides were trained. Immersions were facilitated in an Upper West Side mikveh around the High Holidays in 2013.

This summer, ImmerseNYC found a new home at the Marlene Meyerson JCC Manhattan. While ImmerseNYC will continue to perform immersions at the same UWS location as it has since it began, its operations will now be managed by the JCC, overseen by Rabbi Abigail Treu, director of the JCC’s Center for Jewish Living.

Luria, who will serve with the JCC as an advisor for the next year, predicts that the new arrangement "will be a shift in the culture of how mikveh is understood. It becomes normalized." While ImmerseNYC previously had a mailing list of about 1,500, at the JCC, she says, "its growth can be exponential."

Recruiting and training a new group (or "wave") of mikveh guides is key to the transition. One hundred guides—male, female, trans, and queer—have been trained since ImmerseNYC’s founding, but with more immersions expected, more are needed. "Our volunteers are the ones who run the organization," says Luria. "They are the lifeblood—the heart—of the organization. That will not be changing." The JCC will offer a training for volunteer mikveh guides in the coming months.

Historically, mikveh use has been related to intimacy, marriage, or conversion, in which it is primarily a ritual practice of both Orthodox women and men. ImmerseNYC looks beyond the traditional uses, for both celebratory and somber life moments, appealing to Jews across a range of observance levels.

"ImmerseNYC is a way for people to engage and explore and grow Jewishly, whatever your life stage or situation," says Rabbi Treu. "Whether you’re going through a divorce, mourning the loss of someone, need support during illness, experienced a miscarriage, or celebrating an occasion like a birthday or retirement, mikveh immersion serves as a powerful, transformative ritual." Immersions are also common in the days leading to the High Holidays.

ImmerseNYC is being "housed" within the JCC’s Center for Jewish Living, and will be integrated into many other areas of the JCC. The JCC’s Parkinson’s and Cancer Care programs, the marking of b’nai mitzvah with Jewish Journeys, having a child enter or complete the Saul and Carole Zabar Nursery School, and an integration with Makom's programs on spirituality and wellness are all areas or life events for which immersion would be appropriate.

Heidi Rieger, a JCC board member and part of the ImmerseNYC transition team, experienced the healing properties of the mikveh following a health crisis in 2016. "It was very powerful, and having the guide there with me made it even more so."

Rieger feels it's important that the JCC and ImmerseNYC be linked. "[The JCC is] always looking for ways to broaden Jewish practice" she says. "There’s something special about resurrecting and reframing an ancient ritual and making it accessible to everyone."

Watch the JCC's Rabbi Abigail Treu, Director of the Center of Jewish Living and Sonabend Center for Israel, discuss ImmerseNYC.